After three different concert programs between 2007 and 2010 celebrating the 30th anniversary of the group, Flairck returns in 2011 with a new conceptual representation called THE BATTLE.

The group performs a dramatic battle which is fought simultaneously between two lovers and two armies, reflecting the universal themes of `love and strife´.

THE BATTLE takes place over a twenty-four hour' offensive', every few minutes of the show representing one hour of this day, which is governed by a sundial.

We see the preparations prior to the battle, the nightly escapades, the first look over the battlefield at dawn, fear and hope, the first skirmishes, the actual battle and a strange truce (the intermission). Then the course and end of the fight and finally the nightly ceremony of burning floats.

Almost fifty, often strange musical instruments operate as an instrumental artillery amid shadowy fragments of text and projections across the misty battlefield. Five multi-instrumentalists, aided by visual techniques, participate in THE BATTLE. 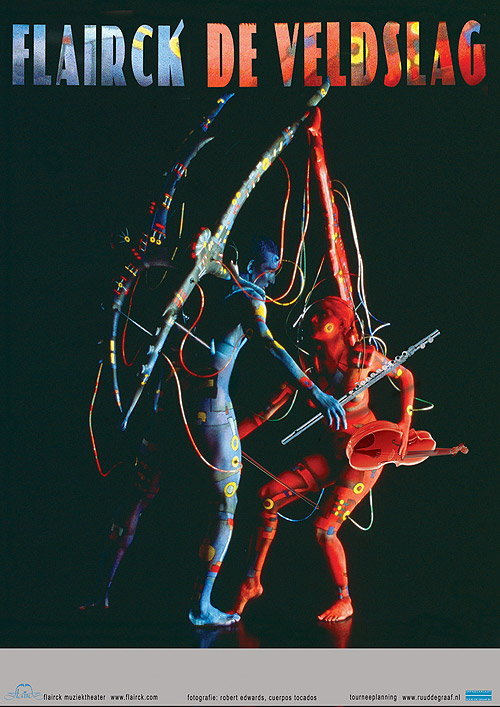