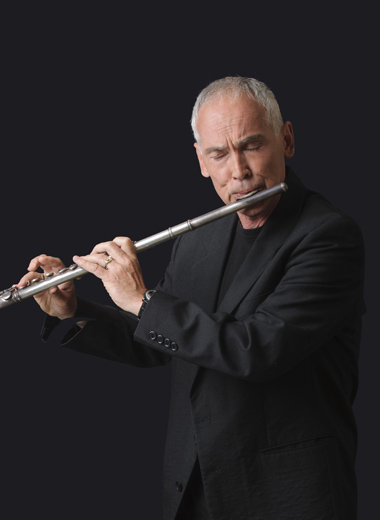 Peter Weekers started playing the silver flute in the sixties when he was inspired by Jethro Tull frontman Ian Anderson.
In 1971, the first year of his studies at the Royal Conservatory of The Hague he was offered the part of the flute playing jester in 'As you like it' by the established Dutch theatre company 'De Haagse Comedie', which was performed more than 250 times.
He later joined the instrumental rock band 'Woodwind' and toured the Netherlands,Germany and Poland with them. He was briefly a member of the group Golliwogg, founded in Delft in the early seventies by two architecture students, one of whom was Erik Visser.
Later, he worked as a musician for several other Dutch theatre groups, 'Het Werktheater', 'De Appel' and 'De Nieuwe Komedie'.
He also joined, as member and composer, the minimal music orchestra 'Hoketus' which was founded by the Dutch composer Louis Andriessen.
During his classical flute and composition studies, which lasted until 1978, he also specialised in playing the East European panpipes and the South American sampogna.

Together with guitarist Erik Visser he formed Flairck in 1978 and wrote some of the group's better known compositions, i.e. 'East West Express' and 'Steam Engine Waltz'. He co-wrote 'Sofia' with Visser. After three albums he interrupted his work with Flairck and recorded two solo albums: 'Fata Morgana' (1981) and 'Mamadeus' (1983). Consequently, he formed the group 'Mamadeus', featuring the unusual line up of flute, cembalon, clarinet, marimba, drums and bass. In the beginning of the eighties, Peter Weekers spend several months in India studying the bansuri (Indian bamboo flute) with renowned flautist Hariprasad Chaurasia. His encounter with eastern philosophy inspired him to incorporate this into his daily life.
After a brief glimpse of Nirvana he rejoined Flairck in 1986. The band left for England to record the album 'Sleight of Hand' with producer Mike Batt and singer Maggy Reilly.
A year later,Weekers recorded two panpipe solo albums, 'Behind the bamboo fence' and 'Rhapsodies', with Mike Batt and the 'London Philharmonic Orchestra'.
Weekers performed as a panpipe solist with the Dutch 'Concertgebouworkest' and the 'London Symphony Orchestra'. During the first Flairck concerts in Japan (1989), he met Taizan Kawamura who became his shakuhachi (Japanese traditional flute) teacher for some years to come.
In 1989, Peter Weekers was awarded the Golden Harp, Hollands highest music award, for his work with Flairck.
Peter Weekers wrote and played on three more Flairck albums, 'The Emigrant' (1988), 'Alive' (1990) and 'The Parade' (1992) before he left the group in 1993 for the second time. He then teamed up with guitarist Francis Goya for a once-off tour.
At the same time, he developed a solo program for Dutch theatre, playing a large number of the wind instruments he had collected on his travels. A year later he was joined by flautist Annet Visser. The two flautists formed the music-theatre and dance company 'Zenga'. The group's first show 'Musica Animalis' premiered in the 'Goudse Schouwburg',one of Hollands most prestigious theatres, in the winter of 1995. In the following years, Zenga toured extensively on the Dutch theatre circuit and performed frequently at events organised by Dutch commercial institutions and companies.
In 2006, Peter Weekers and Zenga joined Flairck for a long once-off tour of the Netherlands. Seven years later three of the original Flairck members, Sylvia Houtzager, Erik Visser and Peter Weekers, met up for a limited number of benefit performances. The energy generated took both the audiences and the musicians completely by surprise. Together they decided to pick up the 'golden' thread once more.
In 2014, they traveled to South America and East Asia before embarking on the long awaited Flairck tour: 'The Lady's Back'. 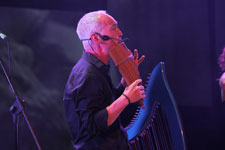 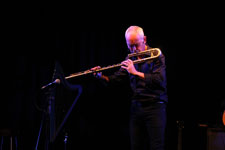 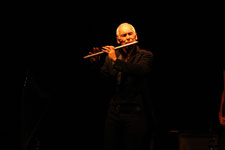 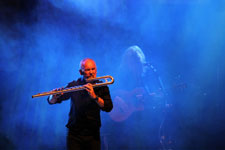